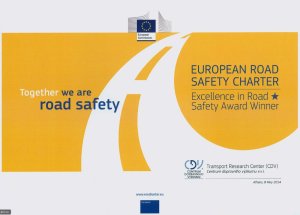 On 8 May 2014, Director of Transport Research Centre, prof. Karel Pospíšil, was awarded a prestigious award of the European Road Safety Charter. The award was presented by the European Commission Vice-president Siim Kallas at the meeting of EU member states’ ministers of transport in Athens. This award (Excellence in Road Safety Award) is presented every year to an organization which significantly and long-term contributes to improving road safety. That time the award was related to designing safe roads.

Since 2004 the European Road Safety Charter has been the largest civic platform in the field of road safety. It is an initiative led by the European Commission, which plays an important role in the European effort to improve safety on our roads. The Chart is also a community with more than 3,200 members who contribute to improving standards and culture of road safety by specific steps leading to improve road safety. The members of this community include organizations, companies and institutions, whose initiatives within the Chart focus on their members, employees and general public.

The European Charter calls again all members for submitting best practices. (Organizations that are not members may register on the Charter’s website www.erscharter.eu).

The term best practice refers to an activity (initiative, strategy, guidelines, technique, and others) that has brought specific positive results in the field of road safety. If you are interested, contact the Charter by email to charter@paueducation.com or by phone at +34 933 670 434. Selected best practices will be awarded at annual Excellence in European Road Safety Awards event. 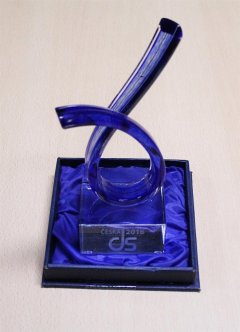 Transport research Centre received an award in a competition Czech Transport Structure and Technology for 2016 for a device Mobile Line Traffic Management before a traffic restrictions – deployed in motorway D5. The award is announced annually by the Ministry of Transport with the support of Road and Motorway Directorate of the Czech Republic, Railway Administration with the State Fund for Transport Infrastructure. The award was presented for verifying work of the Mobile Line Traffic Management in real conditions, which confirmed the expected benefits of ITS systems for traffic flow management: reduction of the number of road accidents upstream of traffic restrictions by approx. 40 % and reduction of delays when travelling through the traffic restriction sites. Regarding the economic side, a saving of up to CZK 500,000/day was estimated for these motorway type closures.

We received an award in poster competition

Department of Geoinformatics, Olomouc branch, researchers participated in the 26th Conference of Geographic information systems Esri (USA) in November 2017. As every year the event included a best poster competition. The poster of CDV titled “Use of ArcGIS server technology for analysis and visualization of road accidents”, created by authors Jiří Sedoník, Michal Bíl, Jan Kubeček and Richard Andrášik, was awarded the first place among 35 other entries by a jury of experts. On 6 February the authors of the poster received the award by a representative of ArcData, which represents the company Esri in the Czech Republic. 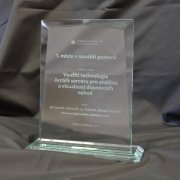 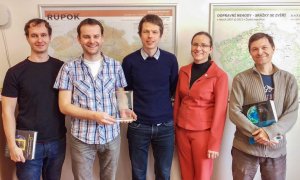 His contribution was particularly assessed in the following fields: 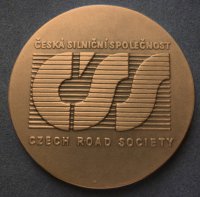 Based on the nomination by the Nature Conservation Agency of the Czech Republic under the title “Joint efforts for safe and wildlife-friendly transportation networks in the Carpathians", TRANSGREEN project, in which CDV participated, received a prestigious award European Natura 2000 Award in category Cross-border Cooperation and Networking. These awards are awarded by the European Commission once every two years. 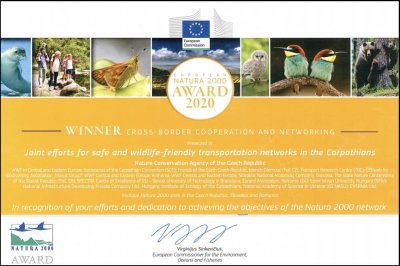 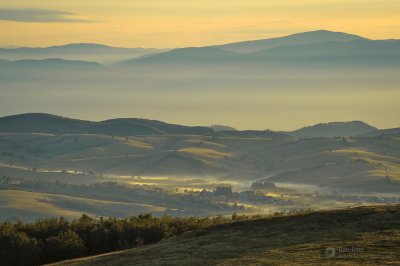 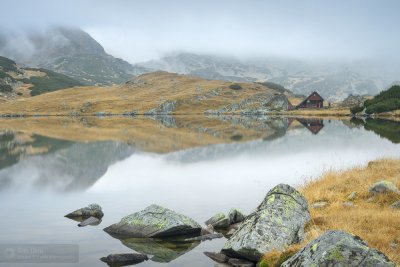